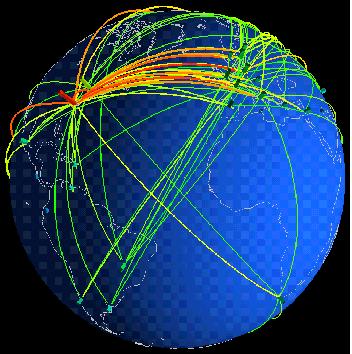 This is a letter Libertiamo sent yesterday to Neelie Kroes, Vice President of European Commission, to restate its position about Net Neutrality, a topic being discussed by Dutch Parliament.

We are closely following the debate over Net Neutrality in the Dutch Parliament and would like to express our support for your recent comments warning that regulation would be “premature.”

As you may know, Libertiamo is an organization with the objective of preserving economic liberties and freedom of expression. For this reason, we are working to ensure citizens can enjoy an open Internet, an Internet which can grow, innovate and benefit all consumers.

Moreover, exactly as the Dutch parliamentarians, as the Dutch consumers, as well as Vice President Kroes, we are also extremely concerned about the possibility of predatory practices and abuses by telecom operators, such as blocking or throttling of services. Indeed, such abuses may limit the freedom of Internet users to access the web, to innovate, to communicate, to grow and to benefit the Internet multiplier effect.

First of all, imposing now such a regulation in the Netherlands would discredit the work on Net Neutrality realized by the European Commission together with all the relevant stakeholders, including Libertiamo (cf. our response to the European Commission consultation on Net Neutrality). Moreover, imposing Net Neutrality regulation would also run counter to what has been decided by BEREC, the body of European regulators for telecommunications. Last September, BEREC concluded that there was no evidence to justify the introduction of Net Neutrality regulation, and it is now conducting its fact-finding exercise in Member States. Therefore, it is important at this stage to let them properly evaluate the situation, without artificially fragmenting the system and suddenly changing the regulatory conditions.

ISPs will also lose their freedom, not being able to differentiate their offer and structure their service on the basis of what consumers need. With unnecessary regulation, ISPs would lose the ability to maintain the performance of their network, with content and applications which are increasingly bandwidth intensive. It is extremely important to analyze the situation from a non-ideological perspective and realize that nowadays, with the decline in voice and SMS traffic, telecom operators have to find additional sources of revenue in order to achieve the target of broadband deployment set in the European Digital Agenda.

We perfectly understand the objective behind the Dutch government’s Net Neutrality proposal: to prevent the risk of abuse by telecom operators. However, we are firmly convinced that imposing ex ante net neutrality regulation is not the right solution, as in case of abuses those practices have been addressed under the existing competition law, at European or national level. In this issue, we are exactly on the same line as Vice President Kroes: we don’t need additional regulation. At least, not until BEREC will establish that there is need for additional regulation.

Our mission at Libertiamo is to foster freedom. This should also the most important mission of our governments. It is of vital importance not harm this mission with unnecessary and harmful rules. Vice President Kroes, we ask you to deploy all the possible means to stop irreparable mistakes.

With our best regards,